Time’s Echo explores new ways of listening to music as culture’s memory. Seeking out the memory of the Second World War and the Holocaust through the lives and art of four composers—Arnold Schoenberg, Richard Strauss, Dmitri Shostakovich and Benjamin Britten — the book tells the story of how each artist inherited a set of utopian beliefs in culture’s power to realize the Enlightenment dream of a just and free society; how each experienced the trials of the war years; and how each composer during the postwar era created at least one iconic memorial, transposing their own experiences and the tragedy of their times into some of the most powerful ethical and aesthetic statements in the history of music. Yet Time’s Echo is not limited to these stories of culture and catastrophe. The book also brings readers on a search, conducted in ﬁve countries, for the echoes of these times in the landscapes central to the music’s creation. Its narrative blends sound and place, history and memory, in order to reﬂect on the legacies of war, the witnessing of art, and the deeper resonances of music for our lives today.

Now available for pre-order, Time’s Echo will be published by Alfred A. Knopf in the U.S. and Canada on August 29, 2023, and by Faber in the U.K. Forthcoming foreign-language editions include German (Klett-Cotta), Spanish (Grupo Planeta), Italian (Marsilio), and Dutch (Spectrum). 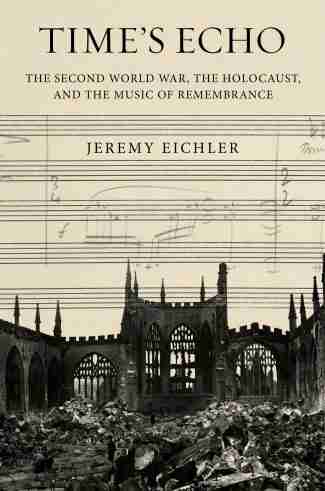