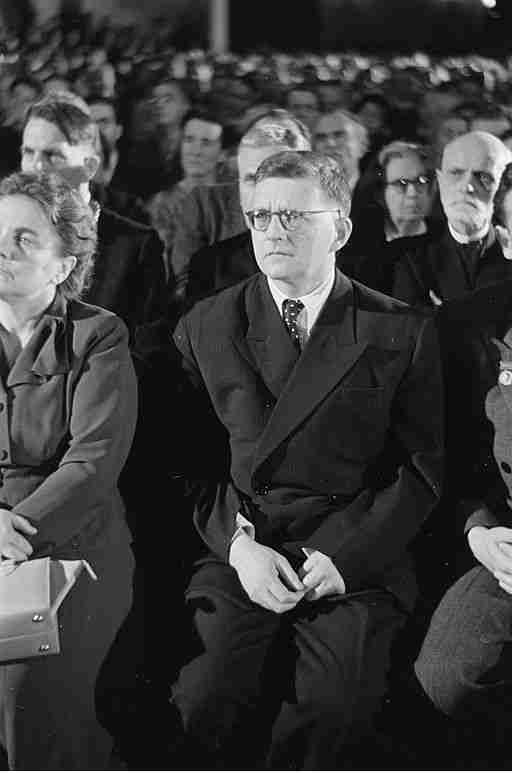 It seems strange to say it, but the “the end of history” is now itself history. Next Saturday, Nov. 9, marks three decades since the fall of the Berlin Wall, and, for the occasion, somber reflection will no doubt be vying with unabashed memory kitsch. In today’s Berlin, tourists at Checkpoint Charlie can wander through a vast panorama designed to evoke the city at the height of its division. Or they can don virtual reality glasses and take a “timeride” on a bus into the Communist past. But why stop there? Outside of Vilnius, Lithuania, for a modest price, visitors can experience a kind of Soviet-era theme park, an underground bunker complete with barking German shepherds. Apparently, you are handed a tattered coat, driven down dark corridors, and subjected to a theatrical reenactment of a KGB interrogation — followed by a shot of vodka. Nazdarovya!

But VR and disturbingly immersive theater are not the only ways to encounter the increasingly distant vistas of the Cold War past. There is also the decidedly more future-proof technology of the symphony orchestra. This week, whether by design or by coincidence, the BSO will be ringing in the anniversary of the fall of the Wall with the music of Dmitri Shostakovich.

As the orchestra prepares to resume its multi-year project of performing and recording Shostakovich’s complete symphonies — with the Twelfth Symphony up next, followed later this month by the Second — I’ve been thinking about how we approach this extraordinary body of work today, how and why the music retains its surprisingly wide appeal, and how the meanings of this music seem to morph over time.

In order to survive the perilous central decades of the 20th century, Shostakovich (1906-75) wrote music that remains, to this day, staggeringly multivalent. In its time the works had to speak with enough clarity of official meaning to please the Party censors while also somehow speaking beyond them, to address everyday citizens directly. For his embattled countrymen, his music — at its best — held up a mirror to the grim daily realities of Soviet existence, to the great hope of its utopian experiment, to the waves of catastrophe and terror, to the accumulated impact of decades of state repression on the inner precincts of the soul.

Those kinds of deeply contextual readings bring rewards all their own, but they are hardly the only way to approach these scores. By this point, almost a half-century since Shostakovich’s death, and 28 years after the Soviet Union voted itself out of existence, we should be permitted — even at times encouraged — to hear the works, first and foremost, as music.

The Fifth Symphony for instance is by now a hugely popular staple of the repertoire played by just about every orchestra in the country. Inhabiting a niche somewhere near the symphonies of Mahler, the Fifth is surely performed more often than many works by Mozart or Haydn. I have listened to it alongside friends and colleagues who know absolutely nothing about this music’s deeply fraught context, and I have watched as they lose themselves completely in the music’s extremes of pathos, of volume, of intensity, of sadness, and of triumph. But wait, you say, is that triumphant finale really meant to be taken literally, or is it a gesture of scathing irony and protest? Every listener and every performance triangulates the music’s meaning anew. And you can hardly whisper complexities of context in a friend’s ear, when he is already on his feet cheering.

And yet at the same time, as some of these works detach from their specific histories to claim a place in the wider classical canon, aspects of this music remain defiantly not universal. Simultaneous with their broader appeal, the 15 Symphonies and 15 String Quartets endure as a vast archive of personal and collective memory for those who survived the Soviet Union. They remain fully legible as such perhaps only to those who knew that reality from the inside. In her book “Secondhand Time,” Nobel laureate Svetlana Alexievich addresses the subject of so-called Homo Sovieticus: “Although we now live in separate countries and speak different languages, you couldn’t mistake us for anyone else. We’re easy to spot! People who come out of socialism are both like and unlike the rest of humanity — we have our own conceptions of good and evil, our heroes, our martyrs. We have a special relationship with death.” And in many cases, a special relationship with the music of Shostakovich.

When the Boston Symphony appears as a massed ensemble on stage, those individuals are, in fact, not always easy to spot. But they are there, in greater numbers than in many other major US ensembles. BSO violinist (and associate concertmaster) Tamara Smirnova was born in Siberia and graduated from Tchaikovsky Conservatory in 1981. BSO violinist Valeria Kuchment once played the Second Piano Trio for Shostakovich himself. Violinist Vyacheslav Uritsky grew up in Odessa, suffered from hunger during the war years, and later joined the Moscow Philharmonic Orchestra, where he participated in the world premieres of the Fourth and Thirteenth symphonies. Moscow-born BSO violist Michael Zaretsky, who once rehearsed the Fifteenth Symphony in the composer’s presence, told me that when he plays through the fugue of the tragic Eighth Symphony, his eyes sometimes brim with tears. “It’s a little embarrassing,” he said. “But when you know what happened in this music…”

In this regard, BSO music director Andris Nelsons is an intriguing case. Born in Riga, Latvia in 1978, he was 13 years old when the Soviet regime collapsed. He often speaks Russian with the Russian musicians in the orchestra, who say it makes a difference that he knows, at least through his childhood and his family, the cultural crucible from which this music was born.

Yet while the music’s play of meanings may be determined in part by a listener’s own life experience, it is of course facile to stop there, or to extrapolate from this fact toward a false ethics of cultural ownership. It goes without saying that Shostakovich’s string quartets these days are routinely performed with great insight by ensembles of all nationalities. And plenty of conductors from Europe or America — among them Bernard Haitink and Leonard Bernstein — have forged bone-chilling performances of the symphonies.

No, if this music in 2019 — unlike any other body of work I can think of — is uniquely perched on the threshold between history and memory, it is this tension itself that becomes one source of its charisma. The two cannot be separated. Even as history, Shostakovich’s art speaks with the pointedness of memory — that is, it speaks with a specificity of personal meaning all the more powerful for being voiced in the abstract and untranslatable language of music.

In other words, we sense intuitively that these canvases of sound contain — like the tablet of wax that Plato saw as a metaphor for memory itself — impressions forged by untold public and private moments of suffering and compromise, idealism and fear, hope and tragedy, across decades of Soviet life. As that country’s history slips year by year further beyond individual and cultural recall, the impressions themselves — carried forward in the music — retain their specificity, their bite, their aura of being forged by direct contact with the real thing. No VR glasses required.

In fact, the more clear-eyed the better. The Second Symphony, to be heard Nov. 21 to 26, is a brief early work that features a propagandistic choral setting of a text in praise of the October Revolution. The composer was said to have found it “repulsive” but nonetheless included it in his work. The music’s contradictions should not be erased or argued away — but listened to for what they are.

That said, hearing the true contours of the Soviet past does not appear to be a popular activity these days. Vladimir Putin has called the demise of the Soviet Union “the greatest geopolitical catastrophe” of the 20th century. Around Russia, new monuments are now rising up to Stalin. Many young Russians know nothing about the Great Terror he unleashed.

To return once more to Alexievich, as she has written: “No one had ever taught us to be free. We had only ever been taught how to die for freedom.” In her Nobel speech, she adds: “we are living once again in an era of power. … A time full of hope has been replaced by a time of fear. The era has turned around and headed back in time.” Small wonder then that this fiercely unquiet music, like a repressed memory, keeps moving forward from that time, hauntingly, into our own.

* * *
Published in The Boston Globe on October 31, 2019 under the headline “Listening to Shostakovich as the Cold War becomes history.” Image of Shostakovich in 1950 is by Deutsche Fotothek.