It cost the lives of some 675,000 Americans — more than those who died in the First and Second World Wars combined — and a total of 50 to 100 million people globally. Woodrow Wilson and FDR battled it. So did Britain’s David Lloyd George, Germany’s Kaiser Wilhelm II, Spain’s King Alfonso XIII, Walt Disney, Igor Stravinsky, Edvard Munch, and Kafka. It tore through military bases, transformed city buildings into temporary morgues, and caused a drastic national shortage of coffins. The first cases of its deadly second wave broke out right here on Boston’s Commonwealth Pier in 1918. And in the intervening years, understanding the flu’s poison has been deemed medically critical enough to send teams of researchers to exhume bodies from the permafrost near the Arctic Circle so that the virus’s genetic code could be scoured for clues, fingerprints at the scene of a vast and mysterious crime.

Yet when it comes to the Spanish Flu, the biggest mystery of all may be the most basic question: Why don’t we recall anything about it? Google queries for this global epidemic have spiked since the onset of the COVID-19 crisis, and it’s no wonder — so many of us were starting from a baseline knowledge of almost zero. As an event, the Spanish flu flickers dimly around the edges of collective memory, a kind of phantom catastrophe. It gets barely a mention in most high-school history textbooks, and despite its enormous death toll, when is the last time you saw a public memorial to its victims?

Of course, works of art can also carry forward the memory of distant tragedies, even relatively small events like the fire at the Triangle Shirtwaist Factory — a New York City industrial disaster of 1911 that continues to prowl our cultural imagination thanks to the art it inspired, including poetry, novels, documentaries, an oratorio by composer Julia Wolfe written for the New York Philharmonic, and perhaps soon, a new memorial on the site itself. The death toll of that particular tragedy was 146 people. Given that the Spanish flu took roughly 4,000 times as many American lives, one might assume it cut a proportionately wide path through the history of art. Yet while standing on one foot, how many flu-inspired works can you name? My own list was vanishingly small, and so recently I set out in search of this earlier pandemic’s traces in cultural memory. Where was its Guernica? Which museum had preserved its vast memorial quilt? Who was its Käthe Kollwitz, its Wilfred Owen, its Benjamin Britten, its Maya Lin?

It turns out, for such a devastating event, the pandemic’s imprint on the arts was as faint as its mark on our collective memory. That’s not to say that individual artists were not affected by it — the painter Egon Schiele and his wife both died of the flu; Stravinsky survived his bout but the composer’s son recalled his father “buried under piles of blankets, his teeth chattering, a big beret pulled down over his eyes”; and Bartok recorded memories of “sudden stabbing pains” and the sensation of “small ants scratching and causing an irresistible itching in the depth of my ears.”

Yet compared to art’s memory of the First World War — whose final months overlapped with the Spanish flu — this pandemic of a century ago barely even registered. Why this void, I wondered? Even if their numbers were small, which artists did respond to this catastrophe through their work? And finally, what might our selective memory for disaster suggest about the prospects for remembering our current pandemic, the future of the present once it has become the distant past? 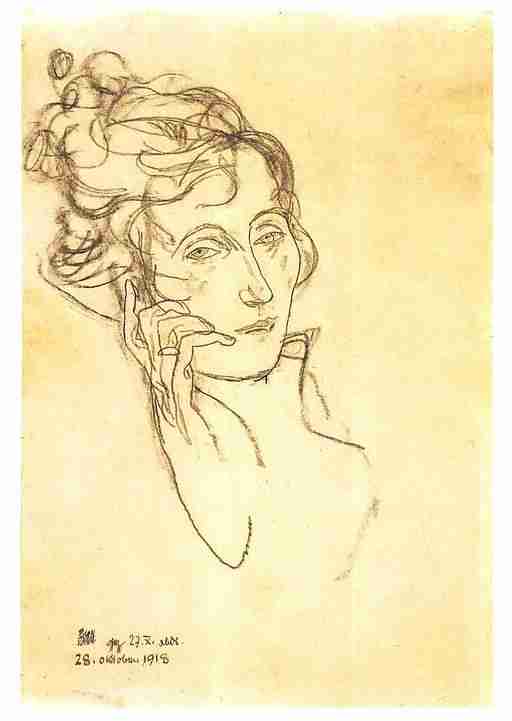 When it comes to tracing the artistic path of the plague from a century ago, Edvard Munch’s “Self-Portrait With the Spanish Flu” (pictured above) is surely the best place to start. It captures the artist slumped on a chair in his sick robes, staring out at us through recessed, unseeing eyes. His forlorn figure is framed by a palate of queasy greens, the sickbed with its strewn blankets visible behind him. The whole painting projects a sense of isolated suffering, an aura of profound loneliness. This scream has been internalized.

If illness remains an intensely solitary experience (and herein lies one clue to its complex relationship with memory), the Spanish flu could also claim its victims in pairs. So it was for Schiele, who, at age 28, was struck down alongside his wife, Edith, who was six months pregnant with their first child. While sick himself, Schiele made a haunting drawing of Edith on her deathbed (at left), a sketch in which an almost tactile tenderness is chastened by an unflinching honesty. Time is slipping away. Edith’s eyes are heavy and febrile, their focus hazy. Three days after this sketch was made, both husband and wife were gone.

In literature, among the very few works to treat the catastrophe head on is Katherine Anne Porter’s novella “Pale Horse, Pale Rider,” in which the protagonist named Miranda, a young reporter, contracts a life-threatening case of the flu. Through harrowing stream-of-consciousness descriptions, Porter narrates Miranda’s delirious near-death journey, her renunciation of all that bound her to the world of the living: “Silenced, she sank easily through deeps under deeps of darkness until she lay like a stone at the farthest bottom of life, knowing herself to be blind, deaf, speechless, no longer aware of the members of her own body … all ties of blood and the desires of the heart, dissolved and fell away from her, and there remained of her only a minute fiercely burning particle of being that knew itself alone.”

Porter knew her subject with an intimacy that cannot be feigned. She had in fact come so close to death from the Spanish flu that her obituary was written. Her novella, however, remains one of just a few exceptions that prove the general rule of cultural amnesia. In his classic account, “America’s Forgotten Pandemic,” Alfred Crosby describes how the Spanish flu as a global event cut across the biographies of major literary figures from F. Scott Fitzgerald and John Dos Passos, to Faulkner and Hemingway. And yet, he notes, not a single one of them gave it much if any attention in their fiction.

Surely this reticence extends well beyond the specific case of the Spanish flu. Virginia Woolf once devoted an entire essay to the strange paucity of literature describing any kind of sickness, despite the fact that illness is such a universal part of the human experience. Her explanations are largely literary ones yet they also strike a broader chord: We like stories with action but the body’s internal battles are invisible to the eye; illness is plotless and could never hold the interest of a reader; and to stare disease in the face requires “the courage of a lion tamer.” On top of all this, Woolf says, consider the curious impoverishment of our language itself when it comes to describing the inner experience of pain. “English,” she famously writes, “which can express the thoughts of Hamlet and the tragedy of Lear, has no words for the shiver and the headache.” 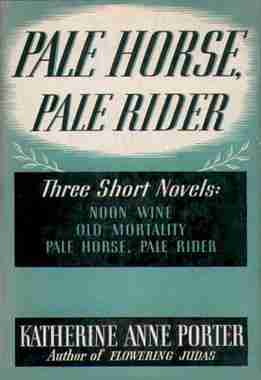 But if Woolf’s theories ring true for illness, there is also the more basic fact that the Spanish flu collided with another world-historical event whose memorial needs profoundly eclipsed those of its sibling disaster. The heroism of World War I required celebrating, its senseless carnage needed justification through new national myths. Its narratives, unlike those of illness, were collective ones tethered to the country’s own self-understanding. The sensory dimensions of memory are also not incidental. War is dramatically visual, producing a collective storage bank of images that take on a life of their own in art and popular memory.

From the perspective of remembrance, the war against the Spanish flu provided nothing comparable. The pain was not shared communally, the cause was not noble. The enemy had no agency but was instead part of “nature,” as deaf to our rage and supplications as an earthquake or a hurricane.

Illness, unlike real war, also resists our attempts to confer any sense of redemptive meaning. How convenient, in a way, to have had a contemporaneous event into which the pandemic’s losses could be blurred. Crosby tells of one military memorial service at Camp Meade specifically for soldiers who died of Spanish flu. As each name was read, a sergeant would salute and announce: “Died on the field of honor, Sir.” The scene calls to mind French historian Ernest Renan’s observation that a nation is bound together not only by its shared memories but also by its shared amnesia — an unspoken agreement to misremember its past.

It is of course too early to know how COVID-19 will be collectively recalled, but surely the pattern of its traces will be shaped by some of these same dynamics, and some entirely new ones. Illness will remain resistant to cultural memory, but this pandemic may also have fewer places to hide. The rank politicization of the tragedy on view in every media cycle will create its own layers of obfuscation, but the Internet and social media will also preserve an unfiltered record of this catastrophe, not to mention a parallel epic told in memes. (One can only wish future historians the best of luck with that.)

Yet for all the novel ways technology has connected us, the experience of loss remains a brutally private affair, especially when we are denied the traditional rituals of mourning. In that sense, the memory void surrounding the Spanish flu may itself connect us to something more enduringly essential about human nature. Porter’s novella ends with Miranda realizing that both the war and her own personal plague had finally passed. “Now there would be time for everything,” she writes. What a luxury, it must have seemed, to be able to forget.

Published in the Boston Globe on May 6, 2020 under the headline “How did artists respond to the Spanish flu? Searching for the traces of a forgotten catastrophe.”